“We’re delighted to welcome Jim to the leadership team at Supermassive. His significant experience in multiple senior roles, spanning four decades in the games industry, will be invaluable as we enter an exciting time of growth for the studio,” said Pete Samuels, Managing Director of Supermassive Games.

Jim has a wide range of expertise, having held senior management roles within the industry since the late 1980s, at companies including DMA Design, Codemasters and SEGA. He was Development Director on the early Grand Theft Auto games, Head of Studio for Colin McCrea Rally 5 and was Studio Director for SEGA's Brisbane studio.

“I'm looking forward to working with Supermassive's hugely talented team. Their focus on cinematic adventure and VR innovation has won them numerous accolades over the years and I’m delighted to join at this exciting time,” said Jim Woods 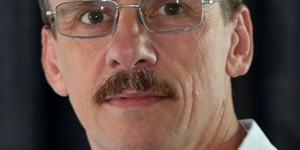